Tired of living with dark, blotchy gums? Although you may feel like it sometimes, you aren’t the only one. Thousands of people are eagerly looking for ways to quickly and easily lighten their gums. The thing is, until very recently, there wasn’t a true solution to black gums. Some dentists used knives and razors to cut out the pigmented gums but that was painful for the patients and it usually only presented temporary results. Within a few months, the patient’s dark gums would return, just as bad as they were before.

People started to try home remedies to lighten their gums, from lemon juice to baking soda. As with most home remedies, the effects were less than stellar. Any slight changes were also temporary. It seemed, for everyone who was looking, that there was no clean-cut answer to cosmetically altering black gums.

A few years ago, there wasn’t but now we have Britegums. Dr. Robert Stanley of Stanley Dentistry discovered a way to remove melanin from the gums using radio waves instead of harsh blades or lasers. The radio waves work to gently remove just the melanin and not the sensitive gum tissue, like with past procedures. This means there’s minimal pain and downtime for the patient. In most cases, the procedure takes less than half an hour and within just a few days, the patient’s back to their normal routine. Dr. Stanley usually prescribes Tylenol for his patients who do feel a little sensitivty post-procedure.

The ease of the procedure is great but the results are what really set Britegums apart from other so-called dark gums “solutions.” Instead of just masking dark gums or getting rid of melanin but not melanocytes (the cells that produce melanin), Britegums gets to the root of the dark spots. The radio waves remove both melanin and melanocytes so the melanin won’t come back. The majortity of the time, Britegums patients have pink gums for life. If the dark spots on your gums do return after getting Britegums, contact your provider and let them know. They should offer free touch-ups for patients who see pigment returning. 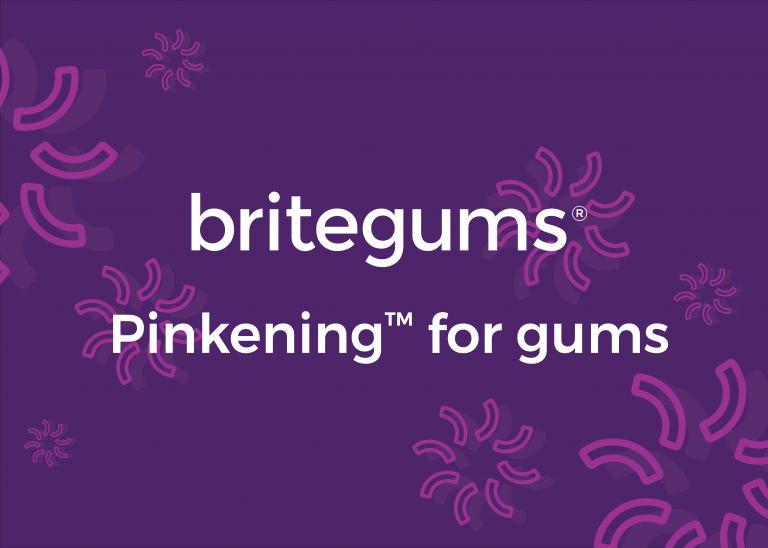